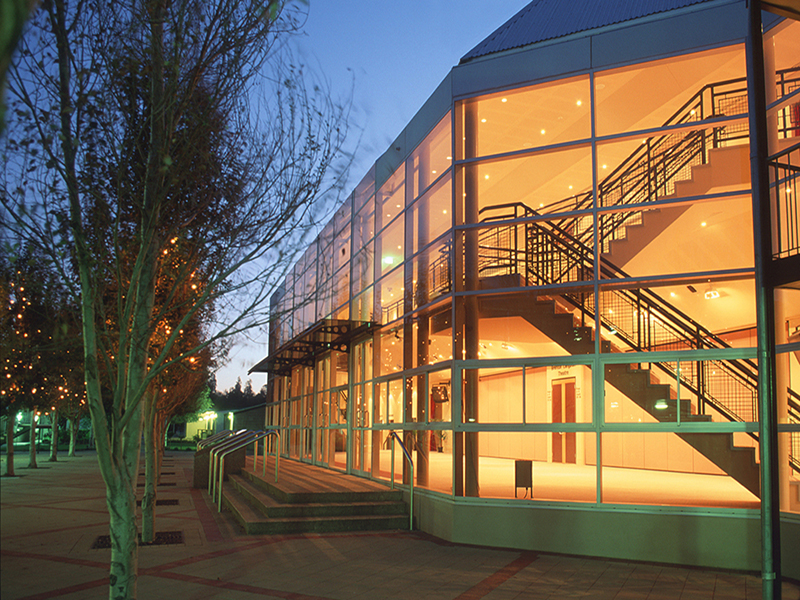 Barossa Arts Centre is a performing arts complex situated in Tanunda, South Australia; in the heart of the Barossa Valley.

Barossa Arts Centre is owned and managed by Faith Lutheran College. The facility was built with assistance from the State Government of South Australia, in 1996 to serve both the school and the local community as a multi-purpose performing arts venue.

The facilities at the Barossa Arts Centre are such that it regularly hosts orchestras, choirs, musicals, comedy, rock acts, large- and small-scale theatre productions, exhibitions, seminars, conferences, dinners and events.

The main auditorium, The Brenton Langbein Theatre, named after Volinist Brenton Langbein which serves the school as a Chapel, a classroom and a performing arts venue, accommodating all major school events such as the annual Valedictory service, bi-annual musicals and parent forums. For the community the venue also provides a multipurpose facility which is used for performances, rehearsals, chapel services, conventions, meetings and other special events.

Vision - Barossa Arts Centre plays a pivotal role in the performing arts and creativity in the region.
Mission -To enhance community wellbeing through access to and participation in the creativity and performing arts.

The Eckermann Theatre was named after the founding Principal of Faith Lutheran Secondary School, Brian Eckermann who was Principal 1985 - 2006.

The Barossa Arts Centre is a centre for learning through the Arts. The facility allows students to work and perform in a semi-professional environment: it gives students, staff parents and families amazing performing arts opportunities to engage in: programming has a clear focus on providing students in our region access to excellent works and art workers. These arts opportunities do provide learning experiences which complement existing learning through the curriculum. 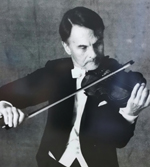 Brenton Langbein was born at Gawler in 1928 to parents of German and Scottish Ancestry. He started violin studies at the age of 5 and gave his first major public recital in Tanunda Town Hall aged 8 years.

At 11 years he won a scholarship to the Elder Conservatorium of Music, studied under Ludwig Schwab and started playing with the Adelaide Symphony Orchestra when fourteen.
In 1948, Aged 20, Brenton became a member of the Sydney Symphony Orchestra and a solo performer, while studying composition under Sir Eugene Goosens....
He moved to Europe in 1951 to study in Switzerland and Vienna and with celllist Pablo Casals. In 1953 Brenton settled permanently in Zurich and became leader of Paul Sacher's Collegium Musicum Chamber Orchestra.

Brenton gave the first performance of the Hans Werner Henze, Second Violin Concerto (which was dedicated to Langbein) at the 1972 Adelaide Festival of Arts.

He played and conducted regularly in Australia. He was musical Director of the Adelaide Chamber Orchestra and Co-Founder of the prestigious Swiss Nageli medal for services to music.
He died in Zurich in 1993 and is buried at Lyndoch in the Barossa Valley. Read more

Faith Lutheran College
130 Magnolia Road, Tanunda SA 5352
Office Hours: Wednesday to Friday 12pm to 4.30pm Phone bookings and enquiries only
Please Note: the Office is Closed to the public
Ticket collection is available one hour prior to performances.
Phone: 08 8561 4299 | Email Us